Disclosure: This page uses affiliate links.When you click an affliate link,we get a small compensation at no cost to you.Thanks for your support!Learn more

Recently researchers from Check Point discovered a new variant of mobile malware that infected around 25 million devices. In early 2019, the Check Point Research team observed a surge of Android malware attack attempts against users in India which had strong characteristics of Janus vulnerability abuse, In this post,we take look at the key points and precautions to be taken against “Agent Smith” malware. 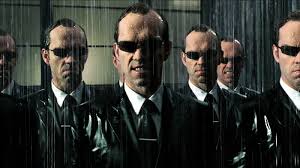 “Agent Smith” gets the fresh list of applications to search for, or if that fails, it would use below default app list:

“Agent Smith” would then replace the original application’s activities with an in-house SDK’s activity, which will show the ad banner received from the server.

The “Agent Smith” campaign is primarily targeted at Indian users, who represent 59% of the impacted population.

Check Point Research reported these dangerous apps to Google. Currently, all bespoke apps have been taken down from the Google Play store.

About the author Karthik

Allo! My name is Karthik,experienced IT professional.Upnxtblog covers key technology trends that impacts technology industry.This includes Cloud computing,Blockchain,Machine learning & AI,Best mobile apps, Best tools/open source libs etc.,I hope you would love it and you can be sure that each post is fantastic and will be worth your time.