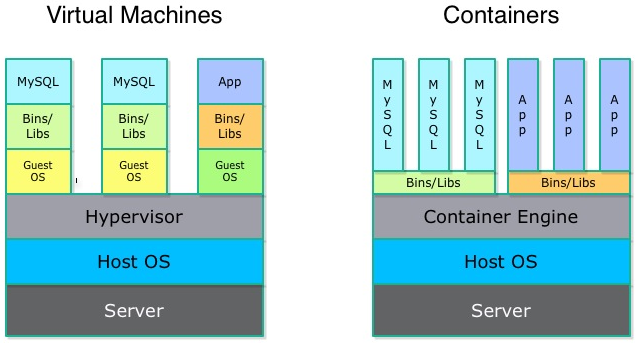 Linux containers have been around since the early 2000s and architected into Linux in 2007. Due to the small footprint and portability of containers, the same hardware can support an exponentially larger number of containers than VMs, dramatically reducing infrastructure costs and enabling more apps to deploy faster. But due to usability issues, it didn’t kickoff enough interest until Docker (2013) came into the picture. To name a few prominent container platforms now – Docker, Kubernetes, Cloud Foundry, etc.,

In the coming weeks, we can learn more about different container platforms. If I have missed out anything, please post it in the comments section.

Previous post Declutter your text messages with Skype Lite App SMS Insights
Next post Lost your driving license,here is how to apply for duplicate driving license

You've worked tirelessly to expand your business, and your efforts are paying off now. Nevertheless, while you work on your...