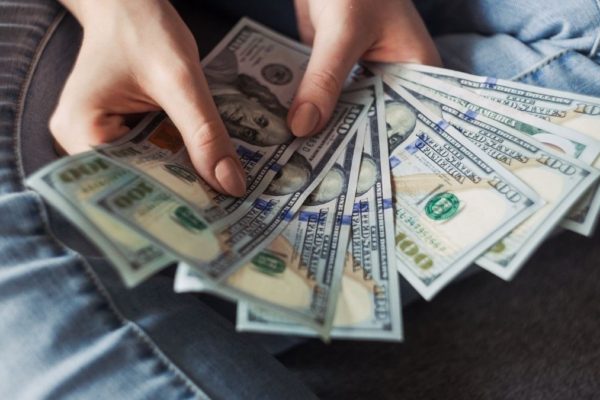 If you want to buy a VPN, you probably want to save money while doing it. Not that we can put a price on Internet privacy (well, advertisers and hackers can, but that’s a different story), but let’s be honest – nobody really wants to pay $120+ year just to unblock streaming sites and avoid potential cybercriminals on public WiFi.

That’s where VPN deals come into play – pretty cool discounts you can get through VPN review sites or VPN providers’ blogs, social media, and newsletters.

But are they the real deal, or are they scams? We saw some people on Reddit who were worried about this, so we decided to answer this question in this five-minute article.

Are VPN Deals Scams or Not?

You can stop worrying – VPN deals are not scams. They’re legitimate promotions the providers run every once in a while – just like any other business. It’s the same thing as when Starbucks or Chipotle run Halloween-themed deals.

Why would VPN deals be scams anyway? It’s not like the provider is losing anything by offering discounts. On the contrary, they gain new subscribers and reduce customer churn. They also get a lot of traffic from VPN review sites. Most VPNs offer affiliate programs, and review websites are part of them. Basically, the VPN provider allows them to offer exclusive discounts through affiliate links.

As long as you get the deals from a legitimate VPN review site or the provider themselves, you have nothing to worry about.

If you were on the fence about getting a VPN due to the price, now is the perfect moment to get an annual or two-year subscription for dirt-cheap prices.

But most of you probably don’t have time to check most VPNs’ blogs and social media pages to see what promotions they offer. Plus, you won’t find exclusive discounts there that way.

No problem – ProPrivacy has exactly what you need: a full list of Black Friday VPN deals from the top providers on the market. They’re one of the biggest VPN review websites on the web, so you can have full faith in their promos and recommendations.

Legit VPN Scams You Should Watch Out for

Just because VPN deals generally aren’t scams doesn’t mean there aren’t cyber criminals out there using VPNs as a lure to steal your hard-earned money. Here’s what we’re talking about:

A lifetime VPN account is a subscription you pay for once and have for the rest of your life. Prices vary a lot, but they’re usually between $30-40 and $90-$100.

Sounds a bit too good to be true, right?

That’s because it usually is. The provider often takes the money and disappears. That’s what happened with DissembleVPN, who sold lifetime accounts for $13 (non-refundable). Once enough people bought in, they closed up shop.

If they don’t do that, something else can go wrong:

PLEASE NOTE: A lifetime deal isn’t always a scam. For example, Windscribe offered lifetime accounts for a limited time for $59, and they’re a legitimate VPN provider. They were able to do that because they had an actual business model (their revenue didn’t rely on lifetime accounts). As long as you research the VPN provider and see that their income doesn’t come just from lifetime accounts, everything should be fine.

This is actually a good example of VPN deals that are scams. A third-party seller is pretty much someone who claims to sell VPN subscriptions for a provider on their behalf. But the catch is they’re not authorized to do that.

Here’s one example out of many – an eBay listing claiming you can get a “premium two-year NordVPN account” for just $4.62.

First of all, NordVPN doesn’t have “premium” accounts. Second of all, what kind of profit could someone make by buying a two-year subscription that costs around $44.52 and selling it for a measly $4.62?

We reached out to NordVPN to ask them about this, and the answer wasn’t surprising: these deals are scams. They’re just stolen accounts. Buying one means you might be able to use it – but not for long. They often don’t have as much time remaining as the seller claims (more like one-two months instead of two years). Also, VPN providers detect stolen accounts pretty fast and ban them.

The only legit third-party seller deals are the ones that the VPN providers approve and promote. We’re inclined to believe that random eBay sellers with usernames like “joemama” and “zorckov” don’t fit that description.

How Do You Feel About VPN Deals?

Are they a great way to buy a VPN while taking advantage of low prices, or do they have loopholes that can be abused in the future?

Please tell us your opinion in the comments below.

Article Name
Are VPN Deals a Scam?
Description
Want to get a VPN and also save some money? VPN deals are a great option, but some of you might be wondering how legit they are. Here’s what you need to know.
Author
Karthik
Publisher Name
Upnxtblog
Publisher Logo

Today app developers need to create an instant solution for the smooth running of any apps. While components are available...

A landing page is a one-page web page that is used to drive traffic to the conversion of the business....

While the pandemic accelerated the adoption of digital transformation and emerging technologies across industries, there has been a tremendous increase...

There is high competition in business marketing worldwide and it is increasing day by day. Digital marketing is the most...

If you decide to use a landing page to improve your business, you have to do it right. Follow the...