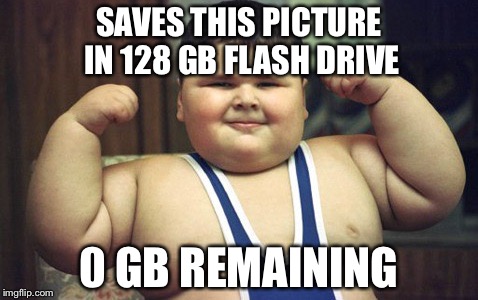 Researchers revealed details of a new exploit called KRACK that takes advantage of vulnerabilities in Wi-Fi security to let attackers eavesdrop on traffic between computers and wireless access points. The exploit, as first reported by Ars Technica, takes advantage of several key management vulnerabilities in the WPA2 security protocol, the popular authentication scheme used to protect personal and enterprise Wi-Fi networks. “If your device supports Wi-Fi, it is most likely affected https://arstechnica.com/information-technology/2017/10/severe-flaw-in-wpa2-protocol-leaves-wi-fi-traffic-open-to-eavesdropping/

Artificial intelligence (AI). Deep-learning apps that do computer vision, voice recognition and other tasks mostly just need to run matrix calculations on gigantic arrays — something that doesn’t suit general-purpose Core or Xeon chips. Now, thanks to its purchase of deep learning chipmaker Nervana, Intel will ship its first purpose-built AI chips, the Nervana Neural Processor family (NNP), by the end of 2017.https://www.engadget.com/2017/10/17/intel-ai-deep-learning-nervana-npp/

All of the new design changes to Windows 10 are demonstrated in a new video from Microsoft. It’s a good showcase of how subtle the changes are, but it doesn’t tease much for the future. Microsoft’s Fluent Design System is designed to be the true successor to Microsoft’s Metro design, and will appear across apps and services on Windows, iOS, and Android. Microsoft is focusing on light, depth, motion, material, and scale for its Fluent Design, with animations that make the design feel like it’s moving during interactions in Windows. https://youtu.be/pT-zok786Yc

New 790-square-metre behemoth of a screen will flash into life for the first time. The screen, which is larger than three tennis courts, packs in almost 11 million pixels at a resolution that’s greater than 4K. The display is the largest of its kind in Europe.Cameras concealed within the screen will track the make, model and colour of passing cars to deliver more targeted adverts. Brands can even pre-program triggers so that specific adverts are played when a certain model of car passes the screen, according to Landsec, the company the owns the screens.http://www.wired.co.uk/article/piccadilly-circus-new-massive-advertising-screen

HOLD 10 Index, fund is designed to passively hold the top 10 cryptocurrencies by market cap (including a 5 year inflation schedule). The funds are 100% cold storage secured except for when the portfolio is rebalanced once a month to account for fluctuations in pricing among the basket of assets.Right now the assets included are: BTC, ETH, XRP, BCH, LTC, DASH, NEO, ZEC, XMR (Monero) and ETC. https://techcrunch.com/2017/10/16/the-hold-10-index-is-a-passively-managed-fund-of-the-top-10-cryptocurrencies/?ncid=rss

Here’s compiled list of all of the decentralized blockchain-based projects https://imgur.com/a/xvTjM

The blades of five huge turbines have begun spinning on the world’s first floating offshore wind farm, located over 15 miles off the coast of Peterhead, Aberdeenshire in Scotland.https://www.engadget.com/2017/10/18/first-floating-wind-farm-scotland/

Adobe is launching a completely new version of Lightroom CC that will come as a shock to current Lightroom users. The new Lightroom puts an emphasis on ease of use and cloud connectivity while the old version focused on hard drive-based storagehttps://techcrunch.com/2017/10/18/adobe-launches-a-completely-new-and-revamped-lightroom-cc/?ncid=rss

With WhatsApp,you’ll be able to share your location in real time with friends on your contact list, a popular feature borrowed from its parent company Facebook. The feature, called Live Location, should be available starting today and is coming to both the iOS and Android versions of WhatsApp.https://www.theverge.com/2017/10/17/16491440/whatsapp-live-location-sharing-encrypted

Dropbox has a Plus account for those people who want extra storage and it has a business account for those who want extra features, but what it’s lacked until now was a product for sole proprietors and very small businesses who wanted some advanced features, but couldn’t justify upgrading to Business. Today, the company announced a new account level called Dropbox Professional that takes aim at those users caught in the middle.

For $19.99 a month, Dropbox has to offer some enticements beyond additional storage. As with those Dropbox Plus accounts, you will get a healthy terabyte of storage, but that’s just for starters. Of course, Dropbox is going to give you storage — that’s the company’s bread and butter, but it’s loaded up on other features too. https://techcrunch.com/2017/10/17/dropbox-professional-delivers-new-option-for-freelancers-and-creatives/?ncid=rss

Google Calendar on the web is getting a makeover today. That means a fresh new color palette and a design in line with Google’s Material Design scheme, but also — and more importantly — a responsive layout that smartly adjusts your calendar to the size of your browser window. https://techcrunch.com/2017/10/17/google-calendar-on-the-web-gets-a-fresh-new-look/?ncid=rss

To better secure your Google account, the company has a new version of its Security Checkup feature that points out vulnerabilities. Instead of needing to run through the same generic checklist of questions, the tool will instead identify weak areas in your account setup and bring them to your attention.Check out at http://g.co/securitycheckup

Your website is the primary platform you can use to attract potential clients and retain the existing ones. It represents...

Do you use Instagram for business promotions? If yes, you need to use some nice, hip, and effective business cards....

Social media has brought one of the greatest revolutions in the business sector. Businesses strategize the expansionary plans, develop a...