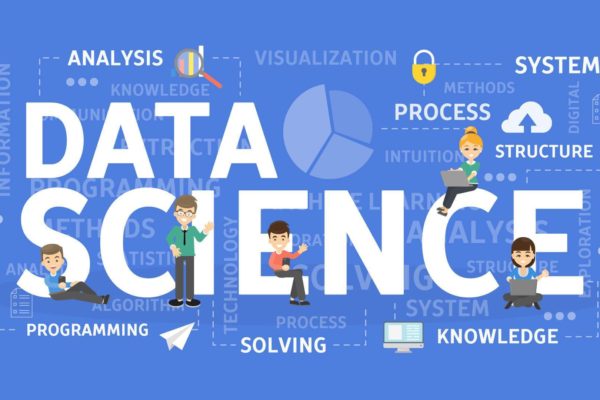 Among our five senses as humans, the discovery has compelled us to depend on our sense of vision to learn and grow with what’s around us. Primitive people sensed hazards through sight, relying on it as a critical tool for evading danger and extending existence. By combining our visual and auditory capabilities, we were able to discern whether the movement behind the treeline was caused by a wild animal or a member of our organization returning from a food gathering trip.

While we still rely on our vision to identify danger, we have progressed well beyond the cautious visual dependency that existed in the wilderness; the evidence indicates that our visual sense is as vital as ever. Due to the fact that visual interaction remains the primary means of capturing someone’s interest, we are still alerted by the same rudimentary characteristics that kept the peace in the past.

Visual intake spans most facets of life, not the least of which are the techniques we employ to portray ourselves in business. With websites serving as the primary vehicle for launching a new business, data visualization is a critical idea that is always incorporated into web development.

This idea is critical for web design businesses and web designers whose livelihoods are dependent on their ability to create aesthetically appealing websites that are very effective at marketing their business and product offers. As a result, data visualization has evolved into a fundamental idea for the creation of new techniques and ways of application in web development projects.

Not to mention, we are living in the data era; we are dealing with data systems that are much greater than anything humans have ever produced. On average, a single individual consumes 34 terabytes of material every day, and as technological advancement continues, that figure will continue to grow.

We require a straightforward method of processing vast volumes of data in a world of short attention spans and continual information overload. Data should be a pervasive resource that can be molded to facilitate consumption, and it is feasible to cram a plethora of info into a small space by visualizing it. By visualizing data, you may convert it to an easily explorable and consumable format.

Let us discuss what data visualization is and how it may be utilized in this post.

Why is visual information so vital?

Alberto Cairo, author of The Functional Art: An Introduction to Information Graphics and Visualization, coined one of the better definitions of data visualization. He defines data visualization as a visual analysis that enables individuals to perceive what they are unable to see ordinarily. That is, visualization enables individuals to look through massive volumes of data and identify patterns. Our neural network is unmatched in its ability to recognize visual patterns. Recognition occurs unconsciously, and designers may make use of this natural feature when communicating a large amount of information rapidly.

Consider the following scenario: you have a sizable quantity of data, such as the global temperature change since 1880, displayed in a table. It’s difficult to discern patterns and trends in a sea of statistics. However, when the same information is provided visually, we can quickly grasp the trend.

Not only is data visualization an effective tool for identifying trends, but it is also an effective one for influencing others. A well-designed visualization has the potential to captivate readers and connect with them on a deeply emotional level. When designers visualize data, they take it from the abstract to the concrete. As a result, if you want to influence someone’s behavior, you should communicate information visually.

Here are two instances of how data visualization may contribute to a more just world. The first is the Poppy Field project, which is a memorial to those killed in conflicts. Each poppy represents a distinct battle; the stem originates in the year the war began, and the poppy blossoms in the year the war concludes. Its size indicates the number of fatalities, while the variance in color indicates the affected locations.

The following instance is Plane Truth, which documents every plane disaster since 1993. As you can see, human error was a key element in a substantial number of crashes, which provides us incentive to create new technology that makes flying safer.

3. Increase the number of memorable encounters

We react just as strongly to the design of a display as we do to the data itself. Well-crafted visualizations may strengthen a viewer’s relationship; unique custom visuals — produced by a competent visualization designer not only capture a user’s attention but also give an opportunity to linger in their mind.

Visualization of data in digital products

1. Visualization to aid in the comprehension of core information

Data visualization is gaining traction in the news media. Popular news organizations such as the New York Times, Bloomberg News, and CNN all include increasing amounts of visualization into their articles. Readers frequently make judgments about the value of their articles based on the visualizations they see, which is why publishers are continuously experimenting with new methods to show data.

This sort of visualization is utilized in conjunction with the main tale. They are seldom used in isolation since they provide little information without supporting details.

Data visualization may be a very effective technique for communicating with readers. Many of the most compelling stories in the popular press are not written; they are visualized. That is because a picture may simplify a complex concept.

Dashboards are founded on the premise that evaluating visual data is significantly simpler than studying a jumble of statistics. At its heart, a dashboard is about distilling data into a format that facilitates decision-making. Typically, we see data in a dashboard in order to form inferences about the data. For instance, we may like to observe dynamics in order to validate our assumptions. Another significant feature of dashboards is that they automatically refresh the visualization. In most situations, readers will not be required to transform data manually whenever a new portion of data comes.

5. Maps based on data

When it comes to visualizing geographical data, maps are an obvious choice. Certain businesses have made this sort of depiction their trademark. Among them would be Uber, which utilizes maps for a variety of purposes. The majority of us are aware of Uber’s interactive map, which indicates the location of your driver and enables you to monitor their trip.

However, Uber takes this a step further by overlaying a visual layer on top of its business logic. The firm visualizes millions of geo-data points in order to track road conditions and lobby for policy change in cities worldwide.

The possibilities offered by data visualization are immense, and we have almost certainly only touched the surface of its usefulness. However, it raises a slew of difficulties, most notably in terms of transmitting data in a clear and correct manner. That is, it is not only about creating visually appealing graphics, connecting specific firms to interactive maps, and assembling a beautiful chart. There are worries about its usage on intelligence and ethical grounds.

Mankind is and will continue to be visual animals, which makes data visualization an excellent tool for communicating with them. As a result, optical media is always a good investment in web development environments. Additionally, the more firms that utilize data visualization, the greater competitive advantage they get.

Article Name
Uncovering the Importance of Data Visualization in Web Design
Description
The possibilities offered by data visualization are immense, and we have almost certainly only touched the surface of its usefulness.
Author
Karthik
Publisher Name
Upnxtblog
Publisher Logo

Innovations in software development have always progressed, but the ongoing epidemic has accelerated the process of progress. As a result,...